Indemnification in Contracts: Should You at Least Have to be Guilty as Charged?

Let’s start out with a simple example of some indemnification language so that we are all on the same page. “Contractor shall indemnify Company and shall hold Company harmless for any costs, fees, damages, and liabilities incurred by Company because of any claim, suit, or allegation against contractor.” There are a number of things which we might collectively note about the clause above, but for purposes of this article we are going to focus on one of the most important – that pursuant to the plain language, the contractor would owe the duty of indemnification even if the Contractor performed its duties properly and did not do anything to cause the Company’s damages. 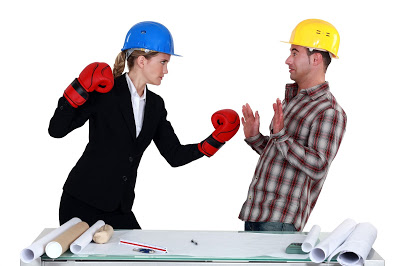 What I have consistently experienced in my career is that the party in the Contractor’s position either simply didn’t know enough to think about this issue, assumed that it had no choice but to accept the language above, or assumed something to the effect of “Well of course we can’t be held responsible if we didn’t do something wrong….” For ease of further discussion, I will refer to this as the issue of “fault”.

From the Company’s perspective, it makes sense and seems reasonable that the indemnification should be owed whether the Contractor is at fault or not. The Company is essentially saying “If we get stuck in some mess through no fault of our own, but rather because of something related to the Contractor, why should we ultimately be financially responsible? We shouldn’t, the Contractor should be.”

I suspect that due to my background as an assistant district attorney and then a litigator focusing on medical malpractice, business, and real estate disputes, it seems much more natural to me that some sort of fault or culpability should be required before someone owes indemnification.

While I, of course, cannot know what other experienced contract attorneys have seen during their careers, in my career I have seen a fairly equal division / frequency between indemnification clauses which include the “fault” provision and those which do not. Whichever one you prefer, just make sure that you and/or your attorneys are at least mindful of this very important issue.