As attorneys with a law firm which has a significant online presence, and as business lawyers who represent small and medium businesses, we are very much aware of the power of online reviews and/or ratings given by consumers. In fact, in this day and age, the positive or negative nature of a company’s reputation as declared by the internet can make or break your business. 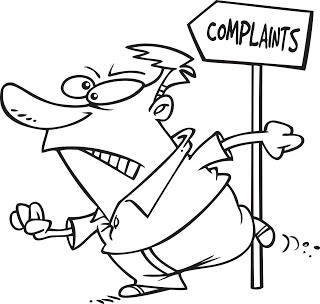 For many businesses, it is almost impossible to avoid at least the occasional negative comment or even merely a lukewarm review. Many times, the information posted online is not accurate, or at least is presented out of context and/or incomplete. All businesses which encounter this face the same question: what can we do about this negative online review?   Hopefully, after you have had a bit of time to think about it, one of your next questions is: what should we do about this negative online review? We have developed a list of 5 key considerations and here is the second.

First, you have to consider whether you are going to be able to communicate politely and without expressed emotion, given the topic at issue and the likely hood that you feel wronged. Also, if the reviewer seems to have exaggerated or provided inaccurate information, how confident are you going to be that (s)he are going to respond to you in a reasonable fashion? Further, you always run the risk of the conversation not going well, or at least not going as planned. It’s even possible that you may think the conversation went well, but the complaining party did not appreciate it. This could result in the former customer updating/expanding the initial negative review.

We’re not suggesting that you should never reach out to a complaining customer or client. We’re emphasizing that if you are going to make contact with someone who has issued an online complaint against your business, make sure it’s done carefully and with some advance consideration.

In some ways, as a trial lawyer, this makes me think of the debate within my profession about asking a judge to “Strike that from the record and instruct the jury to disregard it.” This objection and request happens all the time in trial (especially on TV, it seems). Many of us think that a jury being told to disregard the offending testimony/evidence will actually have the opposite effect – that information has been singled out for greater attention, and may end up being further cemented in the jurors’ minds. In other words, sometimes you are better of either ignoring such situations or handling them in a low-key manner as opposed to potentially aggravating the situation.

However you handle this – and hiring an attorney to deal with it is sometimes an option worth considering – be careful.