Skip to content
As attorneys with a law firm Charlotte which has a significant online presence, and as lawyers who represent small and medium businesses, we are very much aware of the power of the online review and/or rating given by consumers. In fact, in this day and age, the positive or negative nature of a company’s reputation as declared by the internet can make or break your business. 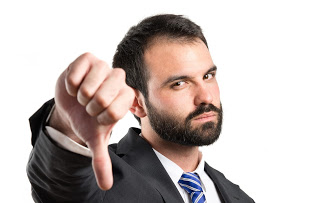 For many businesses, it is almost impossible to avoid at least the occasional negative comment or even merely a lukewarm review. Many times, the information posted online is not accurate, or at least is presented out of context and/or incomplete. All businesses which encounter this face the same question: what can we do about this negative online review?   Hopefully, after you have had a bit of time to think about it, one of your next questions is: what should we do about this negative online review? We have developed a list of 5 key considerations, and here is the first.

(1) Does the review contain opinion, “facts”, or both? As a general rule, it is more difficult to force the removal or editing of a review, once published, which contains merely an opinion. Stated from a legal perspective, a defamation claim is difficult, if not impossible, to bring regarding someone’s stated opinions, even if said opinions are perhaps unfair.
Thus, in some ways, a review such as “I spoke to the owner and could not believe how rude he was” is quite challenging to deal with. It is difficult to come up with an objective standard of what rude is and how to legally qualify “rude” behavior. In other words, this subjective interpretation of the owner’s alleged conduct is pretty much opinion and the accusation of rudeness is not a good basis for a defamation claim.
On the other hand, let’s take a second look at the above example to reconsider the fact vs. opinion issue: “I spoke to the owner and could not believe how rude he was.” Well, if we can’t effectively attack the “rudeness” aspect of this, what about something in that statement that can more easily be described as factual – something demonstrably true or false?
What if the individual to whom the consumer spoke was not the owner but merely a front line employee with no real managerial authority and the consumer knew that? That might be a whole different ball game. All of us, or at least most of us, can agree that a receptionist allegedly being rude to a customer would be less damaging in the eyes of other potential customers as compared to the owner of the business acting in such a manner. Of course, if you are talking about as going as far as a defamation suit, you would want very much to be able to prove that the consumer who posted the negative online review was aware that he/she had not spoken to the owner and had thus intentionally made a misstatement of fact.
As you can see, this one example – a simple, single sentence review consisting of 13 words – can involve multiple legal issues and possibilities. Please stay tuned for updates on this topic, and please be careful how you handle these types of situations.
(Click for Part 2) (Click for Part 3) (Click for Part 4) (Click for Part 5)
If you are interested in a consultation with one of the McGrath and Spielberger business lawyers, simply visit the Contact Us page and complete the contact form.