Skip to content
As a business law attorney, one of the most frequent questions I am asked is some variation of “How do I transfer or expand my out-of-state company to North Carolina?” I’ll address the most common scenarios and the reasonable options available. I’m using South Carolina as the “other” state for example purposes, since we also practice in SC. However, the same general process is true regardless of which state your company originated in.Scenario B: “I live in South Carolina, which is where my company is and will be based, but I want to expand my region of operations to include North Carolina. What should I do and how do I do it?”

Additional notes. Under any of the above options, you’ll have to have a registered agent with a “continuous presence” in NC. Many law firms (like mine) agree to provide that service for a small annual fee, but your company’s “RA” doesn’t have to be a business lawyer or law firm. Of course, we also provide the very services needed to transfer your business overall.

These actions can be accomplished without an attorney, but you should at least consider consulting with an attorney any time you make a significant change to your business entity. Good luck! 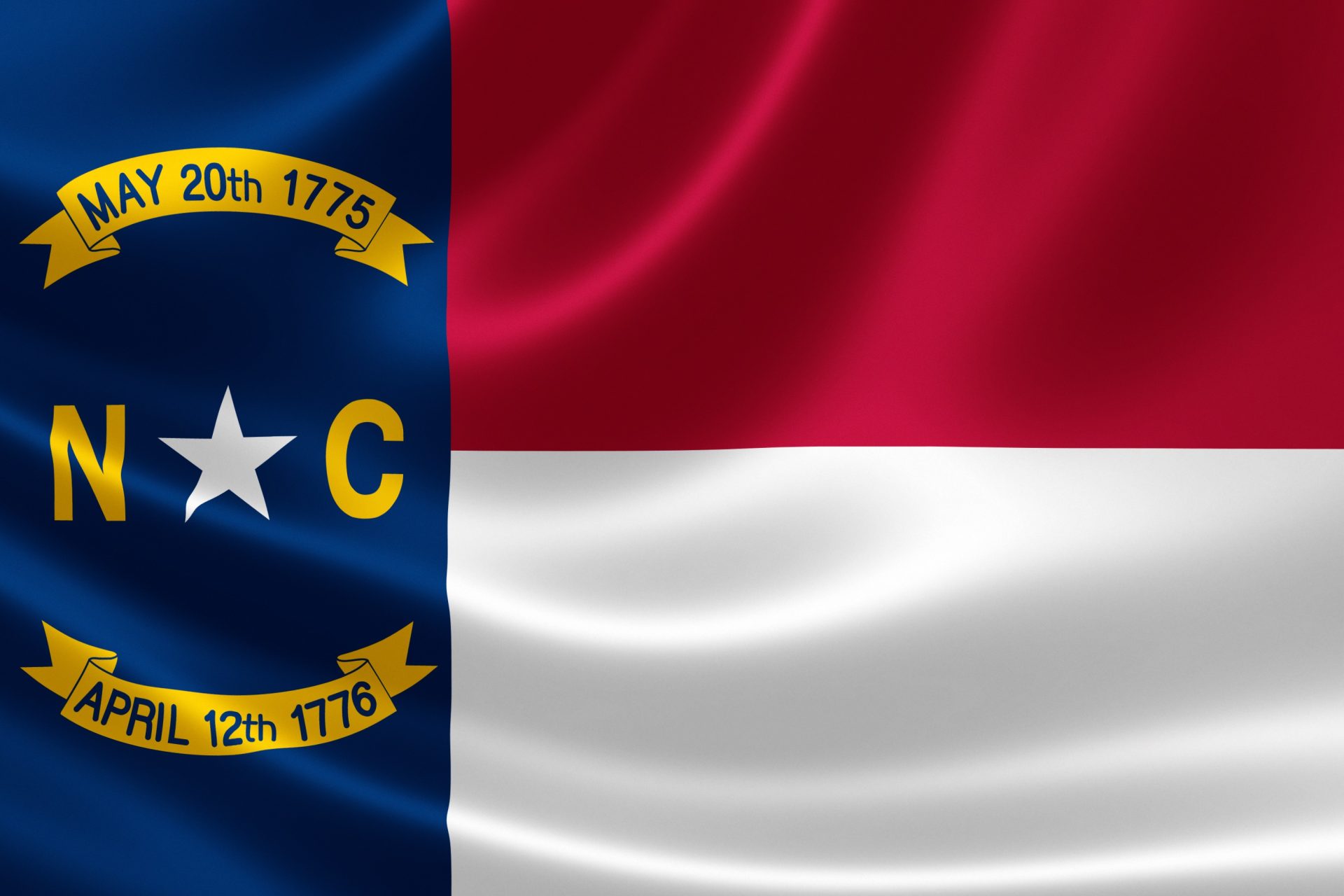 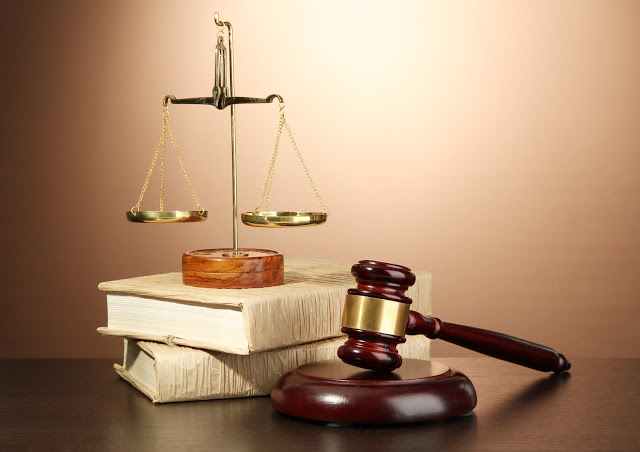 The following is a summary of a foreclosure hearing that McGrath & Spielberger assisted a borrower with, and is provided for informational purposes only. Each case, each client, each situation is different, and each matter may have a different outcome.

Actions Taken by McGrath & Spielberger on Behalf of Client in Relation to the Foreclosure Hearing: Mr. McGrath attended the foreclosure hearing with the client and argued a Motion to Continue to the court in order to help client avoid foreclosure.

September 12, 2013 By Deon Roberts droberts@charlotteobserver.com  … Jason McGrath, a Charlotte-based lawyer who defends struggling homeowners … (click below link for full story, which is also excerpted below)

Charlotte-area foreclosure filings dropped 16 percent in August from a year ago, as they also fell across the U.S.

The Charlotte region had 982 filings – which comprise default notices, scheduled auctions and bank repossessions – down from 1,166 a year ago. North Carolina filings fell to 2,361, a decline of 12 percent.

For Charlotte, it was the third month in a row of year-over-year declines.Observers point to at least two trends driving down Charlotte foreclosure filings: Rising home prices are increasing equity in homes that are “underwater,” making the owners less likely to allow their properties to fall into foreclosure. Also, they say, some lenders are opting to sell distressed Charlotte-area homes to investors.

“Some of the institutions don’t really want to be in the foreclosure business, so they unload some of their notes that are in default, or nonperforming notes, they call them,” said Nancy Braun, owner of Charlotte-based Showcase Realty.“They sell them to investors at a fraction of the value,” she said. “The investors then can take on the unpleasantries of possibly foreclosing on the party or renegotiating the note with the borrower or doing a short sale with the borrower.”

In Charlotte, investors such as private equity firms have been snapping up bank-owned properties to convert them into rentals. Braun said investor purchases are a factor in Charlotte’s tight inventory situation.

“That’s part of the reason … there’s a shortage of inventory,” she said.

Charlotte’s drop in foreclosures also coincides with home prices increasing here and elsewhere. On Tuesday, the Charlotte Regional Realtor Association reported the average home price in the region rose to $237,635 in August, the largest year-over-year gain so far in 2013. That’s up 11 percent from $213,846 in August 2012.

Home prices are rising across the U.S. as mortgage rates increase and supplies of homes for sale remain tight in many areas. RealtyTrac says the increase in prices is good news for homeowners who are underwater – those who owe more on their homes than they are worth. Those owners have more equity as prices overall rise.

Foreclosure filings in Charlotte remain below their peak of 2,141 in August 2009.

While overall foreclosure filings are down, Charlotte homeowners who have already fallen into foreclosure are still battling their lenders.

Jason McGrath, a Charlotte-based lawyer who defends struggling homeowners, said his office, in roughly the past few months, has seen an increase in demand from clients facing foreclosure hearings that are only a week or two away or whose homes are already scheduled for foreclosure sales.

“There are clearly many desperate homeowners out there that are still facing foreclosure and are still struggling to make every effort they can to avoid it,” he said.

Despite the falling number of foreclosure filings, some predict a surge in foreclosures in coming months.

Daren Blomquist, vice president for RealtyTrac, said foreclosures are expected to rise in some U.S. markets as lenders move forward with foreclosure starts that had been delayed.

McGrath expects an increase in Charlotte, too.

“There’s some theory out there that we’re going to see a ramp up in foreclosure filings in 2014,” he said.

City Lab, a division of The Atlantic, Jan 12, 2015 – Yet, as highlighted by a recent Charlotte Observer editorial, the project’s … Jason McGrath, a Charlotte attorney experienced in real-estate … (full story linked and pasted below)

Investing in NASCAR: What Could Go Wrong?

Charlotte’s NASCAR Hall of Fame crashed hard. As the city preps for an $18 million debt-forgiveness vote, homeowners wonder where their bailouts are.

We just rang in 2015, but the city of Charlotte, North Carolina, would love to see the calendar flipped back to 2005.

That was the year NASCAR cemented its position as one of the United States’ most popular sports. Fortune magazine drooled over the racing juggernaut a decade ago, proudly declaring NASCAR “the fastest-growing, best-run sports business in America—with the emphasis on businesses.”

But the financial viability of NASCAR has crashed in recent years amid plummeting race attendance and growing disinterest in car racing among Americans. And nothing symbolizes the sport’s tragic decline more than its Hall of Fame, which broke ground with great expectations in 2007 and officially opened in 2010—and is now hemorrhaging money for the city of Charlotte.

Monday night, Charlotte’s city council is expected to pass a loan-forgiveness deal that will eliminate nearly $18 million in debt the city owes on the NASCAR Hall of Fame. Opening the glitzy development cost the city $200 million, but the project was viewed as a crucial job creator for downtown Charlotte, undergoing noticeable revival. Today, to call the NASCAR Hall of Fame a financial disaster would be an understatement.

Early projections had the city-owned Hall of Fame pulling in revenues of up to $1 million annually. Instead, according to Sporting News, the venue has lost over $5 million since opening. Attendance is abysmal. Developers expected at least 400,000 visitors annually, with the potential to attract up to 800,000. Over the past five years, however, only about 170,000 NASCAR fans have visited the venue each year, or 470 per day. One official representing the NASCAR Hall of Fame acknowledges some financial projections have not been met, but insists, “the Hall is doing well.” Tom Murray, CEO of the Charlotte Regional Visitors Authority, which overseas large city-owned assets, says the NASCAR Hall of Fame will earn money or break even if the debt deal is agreed upon.

City officials are framing today’s debt deal as a “restructuring” rather than a bailout. Yet, as highlighted by a recent Charlotte Observer editorial, the project’s downfall can’t really be spun:

It doesn’t camouflage that the Hall of Fame couldn’t survive on its own. It doesn’t change the fact that the city, when it bid for the hall, miscalculated everything from attendance projections to the arc of NASCAR’s popularity.

The failure of the deal becomes even more clear as cities struggle to pull out of the Great Recession. Charlotte was spared the crippling housing crisis that hit cities like Detroit and Las Vegas. Still, North Carolina’s largest metro was hit hard, according to the Brookings Institution. Single-family properties financed with a mortgage lost 23 percent of their value during the recession and, despite a marginal recovery, are still nowhere near pre-recession rates.

Jason McGrath, a Charlotte attorney experienced in real-estate litigation, says the community’s support for the debt-forgiveness deal is “mixed.” Given how badly the venue has underdelivered, taxpayers naturally balk at wiping its financial slate clean so easily. However, McGrath says, residents know they are likely to benefit, at least indirectly, if the city’s debt toward the project is written off. (McGrath chairs a civil service committee for the city, but spoke to CityLab from the perspective as an independent lawyer).

“Of course, the folks that are facing foreclosure and have not been able to get help are looking at this and likely thinking to themselves, ‘Well, here we go again,’ where it’s always the big fish that seem to get the big breaks,” McGrath says.

Nearly 16,000 foreclosed properties in Charlotte are either for sale or auction, according to RealyTrac, an online housing database. Would the $18 million being written off for the NASCAR Hall of Fame have better served residential properties currently underwater?

⬧
Does My NC LLC Partner Owe Me a Fiduciary Duty?

In this short video blog, Attorney Jason A. McGrath discusses whether a partner (member) in a North Carolina limited liability company (LLC) owes a fiduciary duty to other partners (members). This is one of the more common questions that Mr. McGrath is asked by his business law clients. See the video below, or click here to view in You Tube.